Maintaining Your Equipment Helps Your Feeders Be Successful 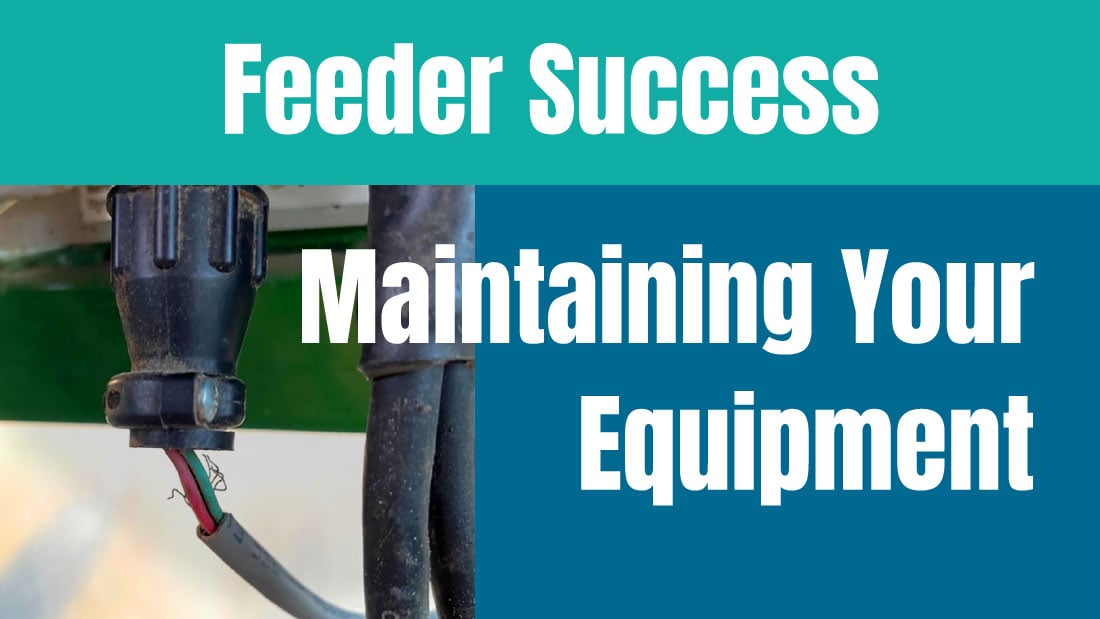 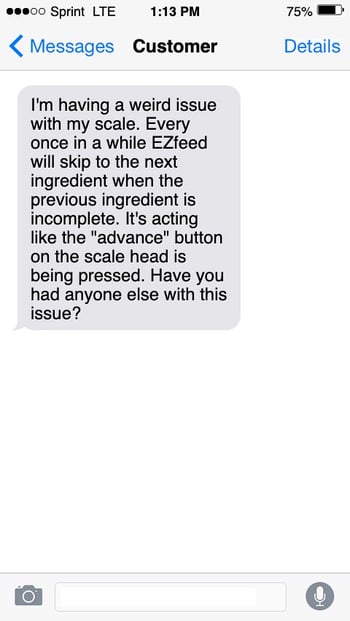 I get a lot of text messages from customers who are trying to troubleshoot problems. The message above is a real message I got last week.

In this case, I gave them a call because I wanted to dig into some EZfeed reports. Specifically, I wanted to look at some of the problematic loads and see if I could troubleshoot what was happening. Here's a screen grab of the data I was looking at following the problem.

The first thing I noticed (looking at the highlighted column) is that this feeder had a lot of deviations that were 200 pounds and greater. I decided to look back over the year and noticed that the dairy had consistently had high deviations. Because of that, I didn't think this had anything to do with the feeder, but I thought maybe the feeder had some insight. I told the manager to go over by the wagon and said, "let's talk to the feeder."

The feeder seemed frustrated and said the scale was advancing to the next ingredient early... sometimes even before the ingredient was loaded. They told me their scale guy had been over to look at it and said there were no load cell issues. I asked if they could start messing around with the cables attached to the scale head. As they started wiggling the wires back and forth, instantly we noticed the numbers on the scale head jumped.

I told them I thought there was a short in the wire and asked him to send me some pictures of the connection. 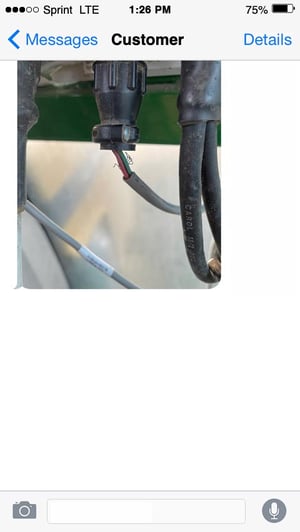 The picture you can see above, looked like the wires had been partially ripped out of the fitting. We decided the best thing to do would be to replace that cable and see how things went after that. After we got off the phone I messaged him and asked him to let me know when the cable had been replaced. I wanted to follow up and look at the EZfeed data to see how it changed things.

I got this text back the next morning: 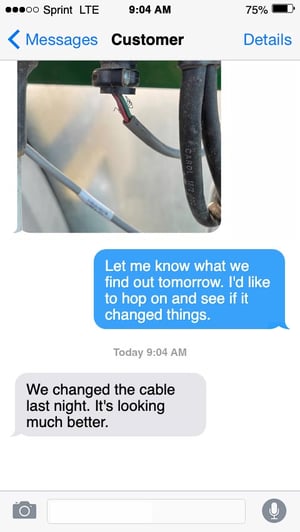 I was able to jump back into their EZfeed software and the results were much different. You can see the screen grab below... but obviously there is a huge difference between this feeder's ability to do his job after the fix - his deviations were averaging below 2 percent... not bad!

Dr. Tripp wrote an article a while back about people, processes, and tools. He said when working with people, it's best not to focus on the person, but instead on the protocol that makes up the process.

As managers we see a lot of problems that can be fixed if the person would do something a little bit different... and perhaps that leads to a lot of quick conclusions about how our feeders are guilty when it comes to things going wrong during the feeding process.

However, it may benefit the business if we would not look at the person first, but assess the entire situation, then ask the question, "Are we setting our feeder up for success?" 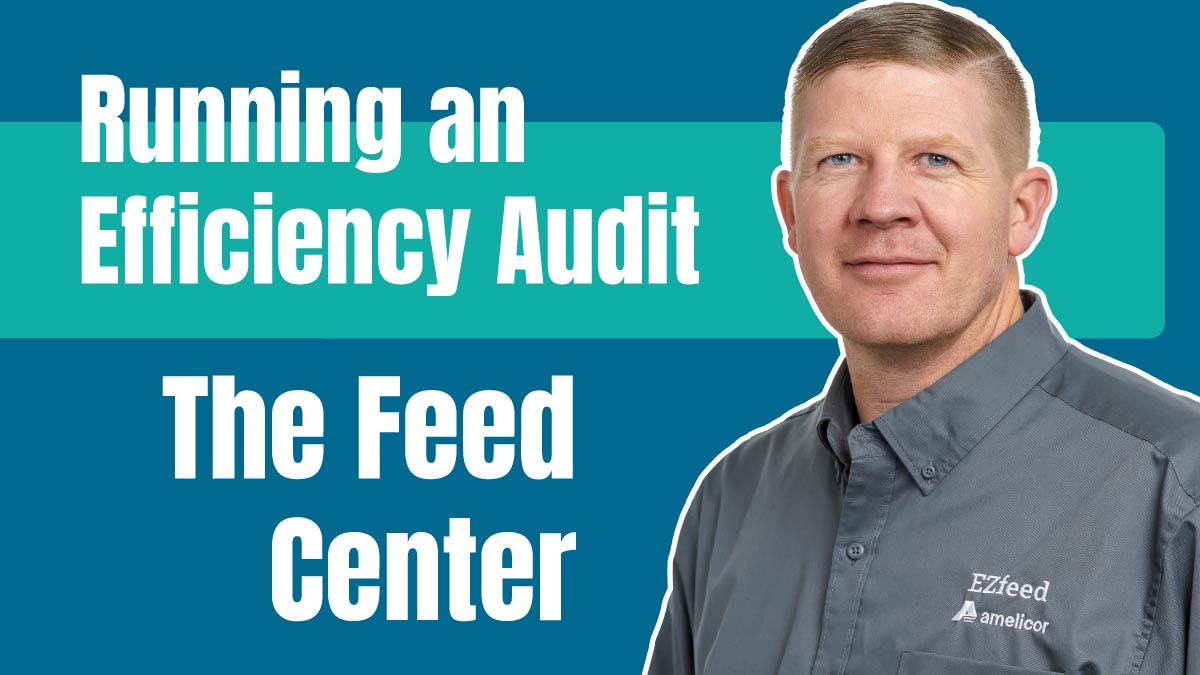 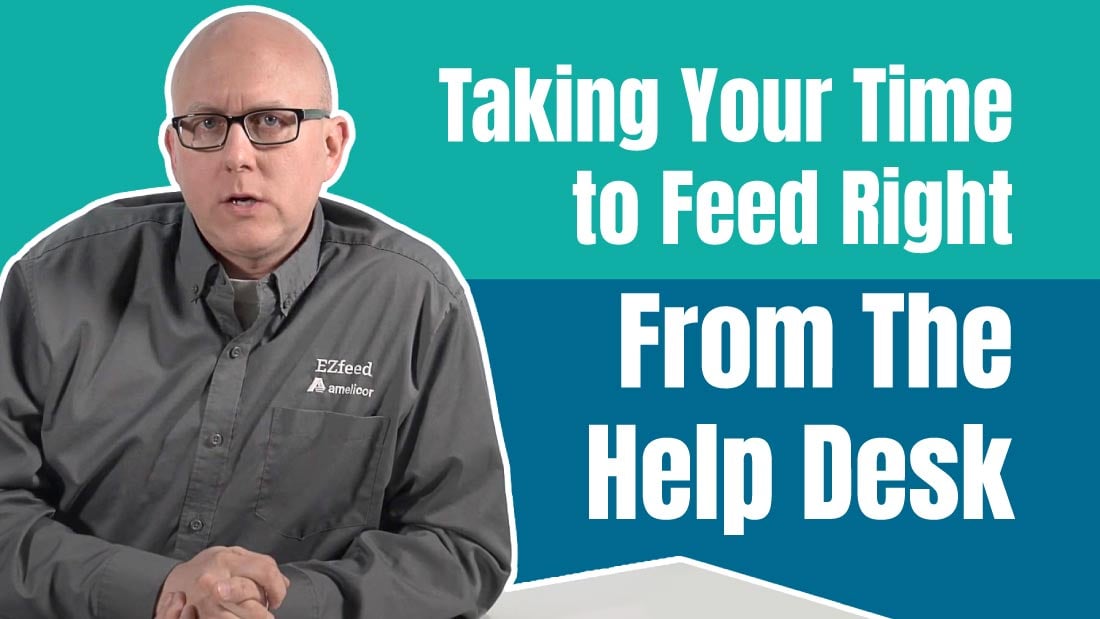 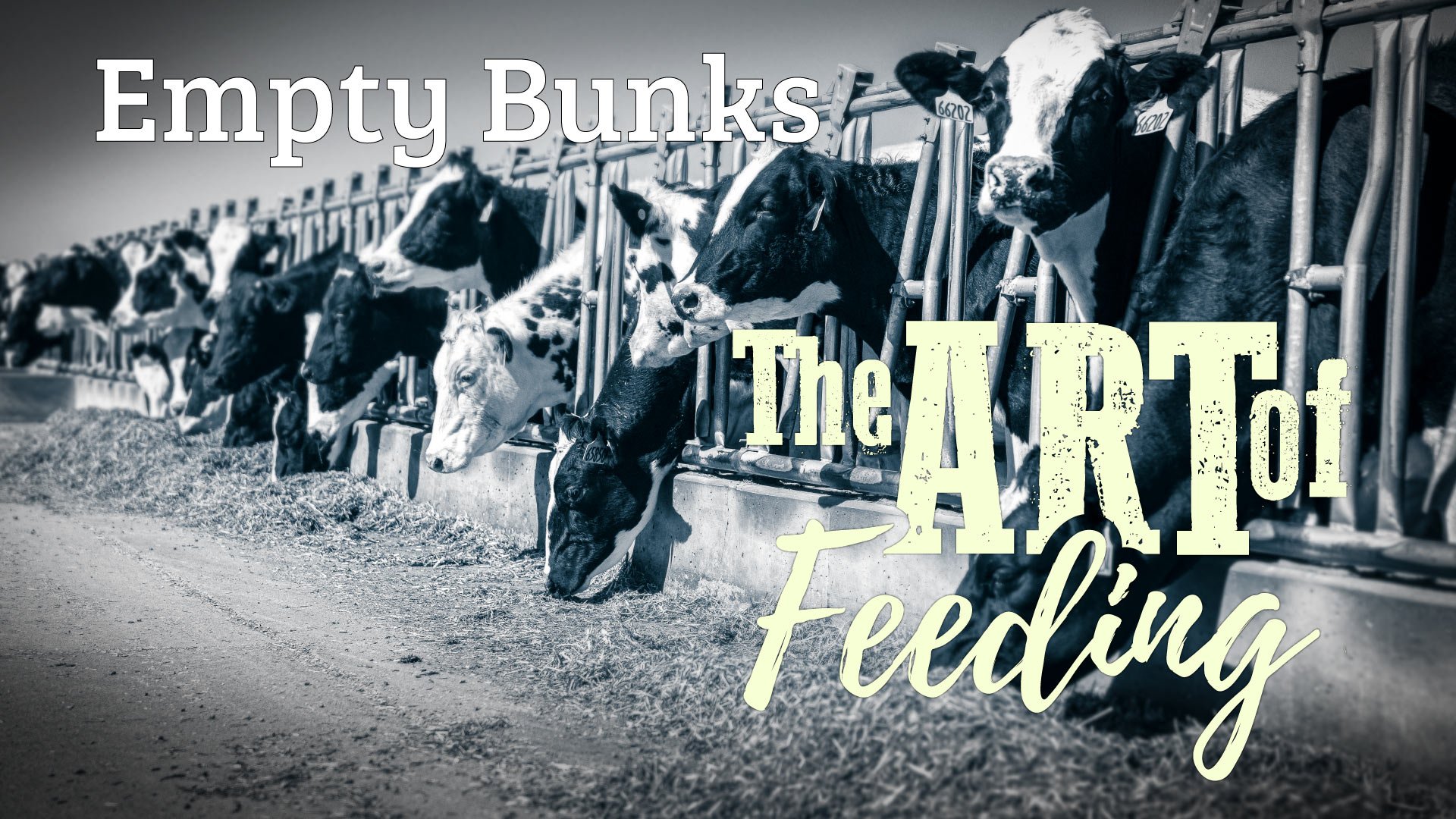 The Art of Feeding: Empty Bunks