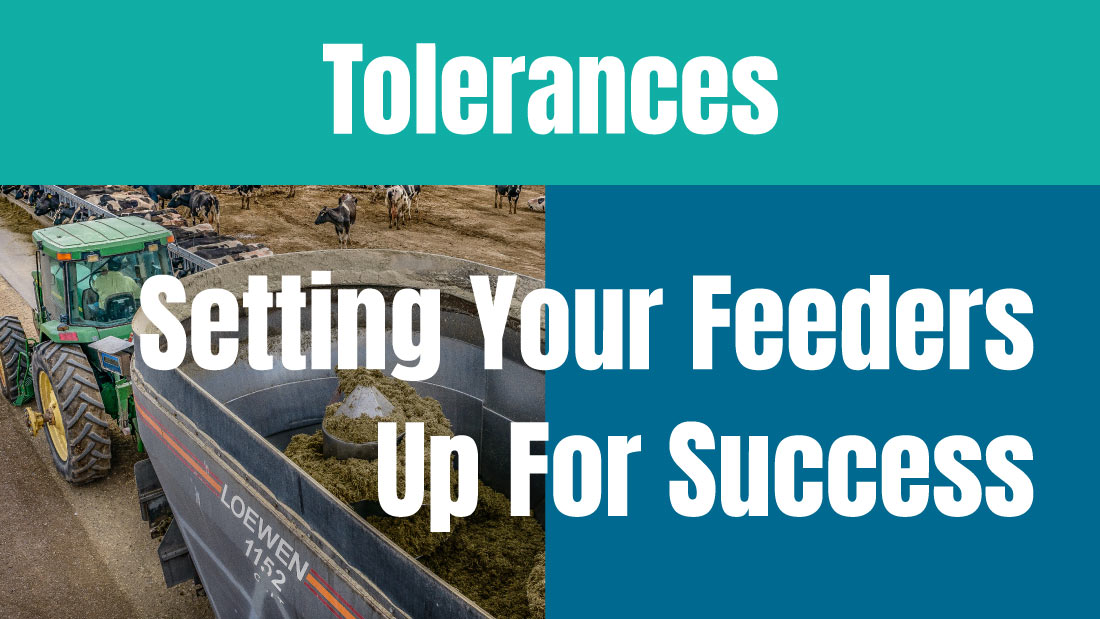 One of my co-workers told me a story about how it felt when he was a feeder. He talked about a problematic experience that often happened when he was building a ration.

After emptying a bucket of an ingredient (like hay) into the mixer he would come up 20 pounds short. He would go pick up what seemed like an impossibly small amount of hay and try to only dump in a small amount… if that wasn’t frustrating enough, the real problem is that it seemed unproductive. He spent all that time going back to the bay to pick up a tiny amount of a large ingredient, only to return and inevitably drop in an extra 50-100 pounds.

This isn't only frustrating for your feeders, but this kind of situation naturally leads to shortcuts. For example, when a feeder doesn't have enough of an ingredient (for example 100 pounds short on hay), instead of getting more hay, they may get the next ingredient (for example silage ) and finish off the hay using silage… then continue to load silage.

In EZfeed, there is a report called gross change detail that helps you see the time in between scoops. When you don’t see enough time between the ingredients… you know there may be a problem.

The point is that are many tools in the EZfeed system that are designed to help managers and owners understand what is happening day to day. However, rather than simply looking at it like an informant tool, a feed manager can use EZfeed in smart ways to boost the performance of their employees and set them up to succeed.

EZfeed used in the right way won’t only show owners and managers the problem… but it will also help feeders know when there is a problem – and guide them to be more accurate.

The problems I discussed in the beginning, are the same scenarios that originally led to the creation of the feature called Tolerances in EZfeed.

In EZfeed there are three main kinds of Tolerances:

An ingredient tolerance is a number (a specific weight) that a manager can attach to an ingredient in EZfeed that will allow the scale head to advance early.

So, in my co-worker’s previous example, if his manager had set the tolerance for hay to 50 pounds, when he dumped in the rest of his bucket and came up 20 pounds short, the scale would have advanced to the next ingredient.

The productivity problem and frustration would have been solved… plus there wouldn’t have been any overages from trying to add such small amounts.

We find a lot of our clients haven’t taken the time to set up tolerances but doing so will help keep your feeders be more productive. It will also help them stay more accurate... which will save money.

When you are ready to change your ingredient tolerances. Here are some tips and hints.

Each feed mixer has a certain amount of fluctuation as it mixes the feed. As the mixer moves, the scale head will register the weight bouncing up and down, but the weight must stabilize for the scale head to take a reading.

Motion tolerances allow for a certain amount of weight instability. If the fluctuations are within a specified range, the scale head will consider the load stable enough to take a reading.

By default, EZfeed sets those tolerances at 200 pounds. This tolerance allows the scale head to capture readings even while the feed mixer is in motion. But, you can refine that motion tolerance for the mixer you own – because each one is a little different.

The way you can use this to enable your feeders to be successful is to understand why that motion tolerance is critical when unloading.

Here’s a scenario to think about:

A feeder starts with a full load and has multiple pen drops. By the end of the last pen, they find out there isn’t enough feed to make it to the end of the row.

We don’t see pen tolerances being used as much. Understanding motion and having pen pauses in place tends to fix most of the problems you will see when unloading.

However, if you’ve ever been in a situation where you get to the end of a pen and have 50 pounds left to feed (so you have to back up and try to add a little more to the existing row… or what we see more often - just dump it at the end of the row), then you’ll understand the need for pen tolerances.

Pen tolerances allow a feeder to advance to the next pen if they are within the pre-determined weight tolerance. So, for example, if you are within 50 pounds, instead of dropping it at the end of the row… you can continue to the next pen where it will be easier to spread it a little more evenly.

There are many tools in EZfeed that can help you succeed - either by being more productive or by being more accurate. Either way, these tools will help you save money. But the added benefit of helping your employees feel good about what they have done… is priceless.

Learn more about this topic at the upcoming Herd Conference

To learn more about tolerances in EZfeed, sign up for the Session 4 Breakout Class: EZfeed: Hidden Gems. 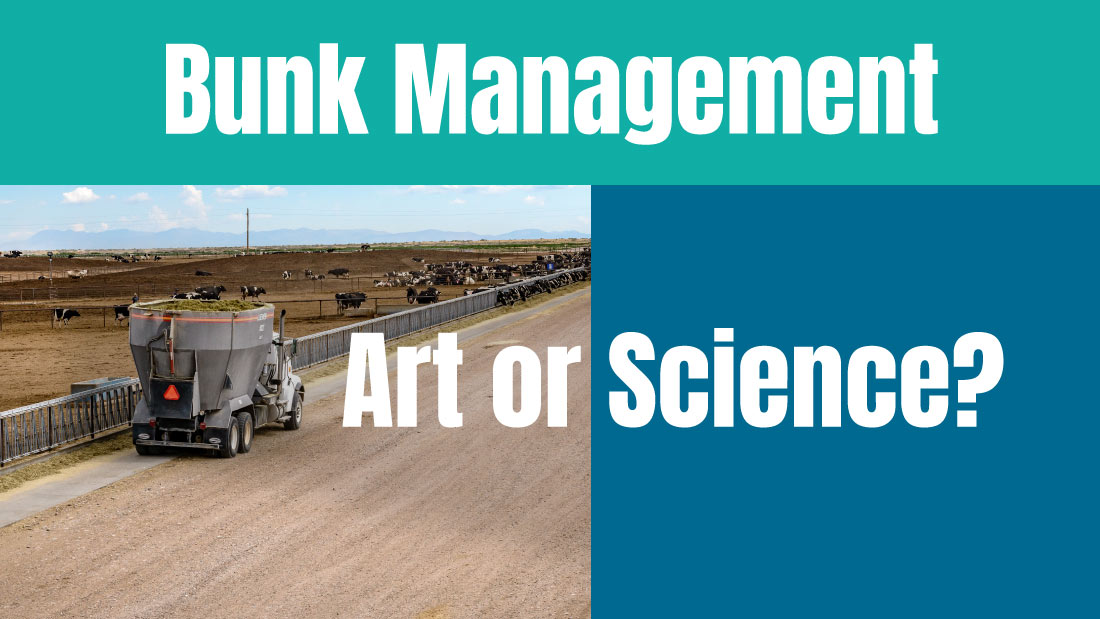 Is Bunk Management an Art or Science? [Video] 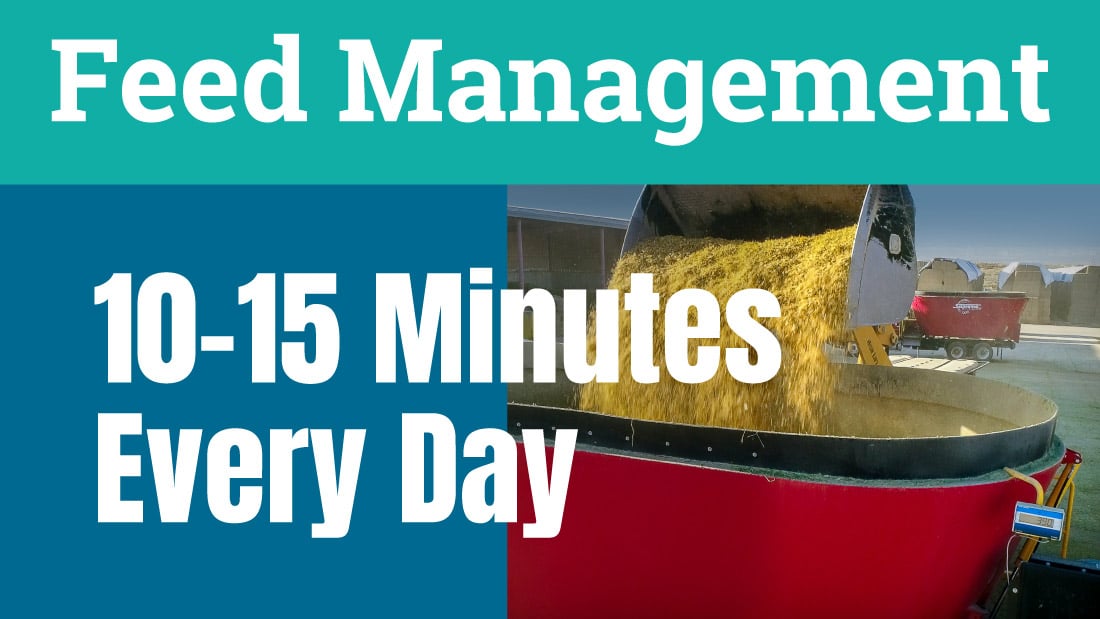